Luke 15:1-3, 11b-32
The gospel story we read this morning is one of the best-known stories in the Bible. Even in the secular world, references are made all the time to “the prodigal” or “the prodigal son,” a phrase that has become idiomatic for lost things, sometimes for lax morals or licentiousness. In religious vernacular, for sin.
Certainly when we think of the prodigal, we associate him or her with undesirable living, and sometimes, as one who has returned to the fold following a period of misadventure. We’ve each probably known someone like that at some time in our lives. Perhaps we’ve been that person. 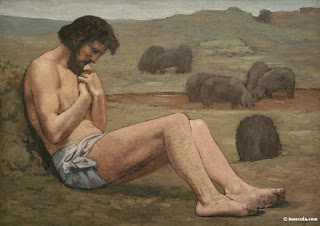 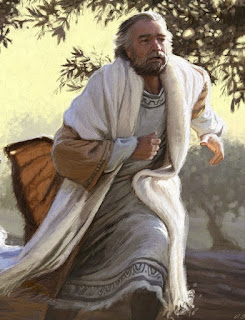 Men of high rank don’t throw themselves at anyone, let alone those who have so completely wronged and shamed them. Before this son could even begin speaking – apologies, groveling and all the rest of it – his father has not only forgiven him, but embraced him, and conferred high status on him – he gives him robes and a ring and throws the biggest, most extravagant party you can imagine. His joy is overflowing.
Everyone is invited!
All those neighbors who have surely noticed his son’s absence all this time, who have likely heard stories about him, are invited to help him celebrate his son’s return.
Then, when his elder son himself acts shamefully and dishonorably, forcing his father to come to him and refusing by his choice of words to confer respect to his father, his father reaches out to reestablish the family bond. How does this father, who has been so wronged, forgive so completely, love so fully that he again makes himself absolutely vulnerable to those who have not earned it?
The past few weeks the adult group in our Sunday morning faith connections, has been considering the topic of forgiveness. Through rich conversation we have discussed this complex topic – how hard it is, how multi-faceted our experience and understanding of it is. And here in this parable we read of a forgiveness and compassion, driven by divine love, which is above and beyond the scope of anything we can imagine.
Through this parable, Jesus reminds us this is what God does for us. God esteems those who deserve none of it. God’s grace and mercy and forgiveness, measured in worldly terms and measured by the human yardstick are stupid; ridiculous; foolish and even scandalous.

But as the father indicated that it was necessary – “we had to celebrate and rejoice, because this brother of yours was dead and has come to life.” We are reminded of the reality of the divine necessity of Jesus’ journey – that there might be rejoicing and celebrating over finding what has been lost, and the restoration of that which has been dead. We recall our confession that even when we were dead in sin, God forgave us – and gave us Jesus.
The love of God transcends even our deepest brokenness, transforms us despite our most profound failures to be the people God created us to be. We cannot understand it. We cannot measure it. We can only grasp it, accept it, give thanks for it, and celebrate it.
The love of God is a mystery to us. How and why God chooses to love so truly, madly and deeply and forgive so completely, so absolutely, is beyond all human knowing. But isn’t it a source of joy and wonder that through Jesus this is exactly what God does? 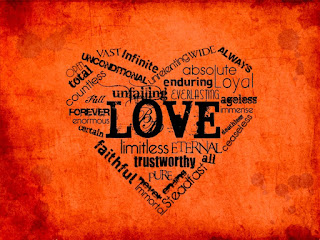 God’s love is scandalous. God embodying our humanity in Jesus is ridiculous. God enacting our salvation through Jesus’ victory over death is stupefying. And yet this is what God does, for the sake of love. Despite where you see yourself in this story remember this: God loves you – and God waits for you, forgives you, and embraces you, conferring the high status of “my beloved” upon you. It’s true; God fiercely, vulnerably, courageously, scandalously, ridiculously and gloriously loves you. Period.


Posted by Wading Through Grace at 3:29 PM