Don't Confuse Me With the Facts! 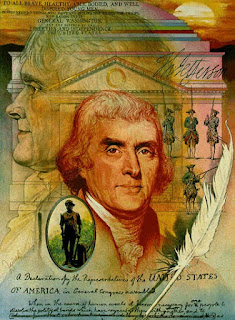 “Whenever the people are well-informed, they can be trusted with their own government,” Thomas Jefferson wrote in 1789. And who doesn’t like to be informed, right?

I know I do. I read the news from more than one forum and in several different forms – newspaper, cell phone, computer and iPad; occasionally television, and news magazines. My books line and overflow bookshelves both here and at home and there boxes and boxes of books I haven’t even managed to unpack yet. Audiobooks and podcasts have extended opportunities and times for my information gathering to my drive-time and other times as well.


Breaking news headlines are delivered straight to my phone and computer and I listen to the radio as well. Most of us probably seek information in numerous ways. We like to know what is happening in the world, and we like to be well-informed; except for when we don’t; like when information threatens the things we know.

Democratic political processes like those we celebrate this Independence  Weekend depend on the validity of the notion about which Jefferson wrote. Belief underlying his statement inspires everything from political pamphlets to presidential debates to the very notion of a free press; for better or worse, for the one seeking to be well-informed, there is no shortage of sources for information.

Jefferson felt that if people are furnished with the facts, they will be clearer thinkers and better citizens. If they are ignorant, facts will enlighten them, if they are mistaken, facts will set them straight. Therefore, by virtue of access to information, the “truth” and “what is ‘right’” will always win out, won’t it?

I was surprised to learn that this might not always be the case. Political scientists have discovered a human tendency deeply discouraging to anyone with faith in the power of information. It’s this: Facts don’t necessarily have the power to change our minds. A series of studies by researchers at the University of Michigan revealed just the opposite; they found that when misinformed people were exposed to corrected facts in news stories, they rarely changed their minds. Don’t confuse me with the facts! 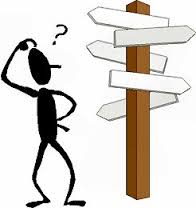 Instead, when confronted with corrected facts they often became even more strongly set in their beliefs, digging in their heels and becoming entrenched in arguments to defend their point of view.
This bodes ill for a democracy, the study concluded, because most voters — the people making decisions about how the country runs — aren’t blank slates. They already have beliefs, and a set of facts lodged in their minds.

The problem is that even when the things they think they know are proven by objective means to be false, even in the presence of the correct information, people can react very, very differently than their counterparts who were merely uninformed.

If you’ve ever argued or debated with a teenager, a stubborn parent, that very opinionated person who lives down the block from you, or even another member of the church, you know what I mean. Perhaps you have even been the one who could not be persuaded from what you absolutely knew to be true despite evidence to the contrary.

“The general idea is that it’s absolutely threatening to admit you’re wrong,” says the lead researcher on the Michigan study. The phenomenon — known as “backfire” — is “a natural defense mechanism to avoid that cognitive dissonance.” I wonder if it was this kind of “backfire” that Jesus was up against when he returned to Nazareth. Perhaps it was avoidance of cognitive dissonance that made the people react the way they did to Jesus’ words and actions.

Jesus had been performing miracles. He had raised Jairus’ daughter from the dead, calmed a stormy sea, healed others along his journey, and they had heard about these things. Jesus had been teaching – with authority. He had been preaching and the crowds around him gathered and grew.
Yet, despite the news that was circulating around about Jesus, these hometown folks likely thought that the man who had returned to Nazareth, this man who they would encounter at the synagogue that day would still be just like them.

They knew who he was – they could still remember the time he fell out of that tree and skinned his knee. They had heard about the time he went missing and worried his poor parents so. Yes, they knew him - a lowly carpenter – and that was all the information they needed to know.

So convinced are the hometown people that they know who Jesus is, that their “knowledge” of Jesus kept them from truly accepting what he had to say about the radical nature of God. Rather than hearing about the far-reaching love of God that includes all people and not just the People of Israel, the people ask, “Where does he get all this?”

Rather than believing that God will challenge preconceived notions and understanding about grace, they wonder, “what wisdom is being given to him?”

Rather than understanding that God’s power and presence are at work in Jesus, the hometown crowd turns on him.

They see Jesus as “just” one of those siblings; they remember that Jesus was “just” the son of Mary; they still find his birth story suspicious anyway. In a culture where people knew everything they needed to know about a person based on social class which was determined by your placement on the honor-shame continuum, the citizens of Jesus’ hometown have determined that this carpenter is nobody important, nobody worth listening to, nobody to bother bringing their sick for healing. Don’t confuse them with the facts; they know what they know.

Yet, into that culture Jesus steps, consistently challenging preconceived notions of who is in and who is out. Jesus tells the truth about God’s love which is expanding the traditional understanding of grace and faith and how God works in the world.

Jesus is speaking with authority, telling the truth in wisdom about the new world order in the kingdom of God. That is what prophets do. And as they hear this prophetic voice coming from one they thought they knew, from one they thought was safe, they felt threatened. They felt threatened by the things he did that messed with their understanding of who he was and how things in God’s kingdom worked.

That threatening feeling, that cognitive dissonance, created a tension in them that scared them. So they dug in their heels, and became more entrenched in ideas that felt safe in their familiarity. They reduced the messenger, Jesus, to a simple carpenter, with questionable origins – because those are the facts they know and can handle.

David Lose writes, “All too often, we are tempted to do the same, reducing someone who challenges us to a single attribute about that person – whether skin color or age or orientation – in order to dismiss them, and thereby fail to receive the totality of the person God has created and redeemed and offered to us as a gift.”

The thing is, we understand that dissonance now perhaps more than ever before. Huge, divisive, painful issues confront us daily.  There is information overload, and the information we receive conflicts with other pieces of information and in many cases, conflicts with what we know... I know what I know. Don’t confuse me with the facts!

What does Jesus do in response to the rejection and fear of the Nazareans? He reaches out and cures a few people, because that is what God does, and when he finds he is unable to do any great work of power because they don’t want anything he has to offer, Jesus calls his disciples and he commissions them and begins to send them out.

He sends them out two by two so that they will never be alone in their work to tend to this mission announcing the kingdom and sharing God’s love. “Because this mission as it turns out, will take more than just one miracle worker, it will take a team of people empowered, equipped, and sent to witness to God’s grace, justice, and mercy.”

As disciples of Christ, we have a role to play in continuing to share Christ’s identity and his mission through revealing God’s love and peace to a broken, mixed up, heels-dug-in, conflicted world.
As disciples of Christ, we turn to the one who knew and experienced firsthand that the message of God’s unfathomable grace is not always well-received, that for those who dig in their heels, even his deeds of power would be rejected. As disciples of Christ we follow in the footsteps of the anointed one.

The thing is that Jesus knows it won’t be easy, that there will, in fact be failure. Jesus advises his disciples to shake off the dust of those whose dug-in heels keeps them from understanding the gospel message, because the truth is, the gospel message we need to share will not always be well received. There will be those who can’t hear it because it challenges their expectations, their judgments and their modes of operating in the world.

There will be hostility, at times, to the counter cultural message of a God who subdues the powerful and lifts up the lowly, a God who truly sees us all as equals to one another, regardless of race, gender, ethnicity, sexual orientation, socio-economic status or background. Not recognizing that God, there will be some who cannot hear the message of love, mercy and grace for all who believe.

Through faith, the Holy Spirit of God leads us into the sheer possibility of living in the light of God’s love even in the face of rampant cognitive dissonance, resistance and rejection. Jesus sends us out to share the prophetic message of grace.

Through Word and Sacrament we are strengthened to become the kind of inviting, caring, loving church that God is calling us to be. Faith is more than an act of sheer desperation, that go-to place where we come to admit the limitations to our power, or seek solutions to our problems.

Faith is knowing that though Word and Sacrament, God can affect change in us, can inspire us, empower us, and lead us into true mission. God can reveal to us who God really is, not who we might want to make God to be.

Jesus Christ invites us into the living faith, where God is ever surprising us, ever inviting us. Faith invites us to see that our participation does make a difference in the way that the kingdom of God is seen, experienced, and makes known God’s will and work in the world.

Posted by Wading Through Grace at 8:52 AM No comments: