Nursing a Legacy of Love

Matthew 5:21-37 ~ February 16, 2014
We’ve all heard them. Pithy sayings and Proverbs like “Don’t let the sun go down on your anger.” Or, “Whoever is slow to anger has great understanding, but the one who has a hasty temper exalts folly.” Or my personal favorite, “It is the fool who does not control his anger.” And yet, let’s face it. We all get angry sometimes. Our spouse doesn’t listen to us, or our kids don’t obey us; our friend disappoints us, or our co-worker or boss abuses us, and we get angry. The world just doesn’t understand us, the bullies around us thrive on our suffering, injustices occur to us and around us each and every day, and we get angry. We get dangerously cut off in traffic by that so-and-so jerk in the flashy little sports car, and we start fuming. Sometimes, it seems that selfishness and lack of consideration are rampant, and there exists a deplorable lack of ethics and morality all around us. The world is going to hell in a hand-basket, and We. Get. Angry. It’s just natural, right?


Then we hear words like these spoken by Jesus and it feels like Jesus is pointing his finger right at us, saying that anger is just wrong, wrong, wrong, and since we know ourselves well enough to know that it is impossible to shut off the anger switch, we just shut down. We stop listening. Because you know what? It’s just too hard, Jesus. Sometimes, I do get angry, and I can’t help it. I cannot not be angry sometimes. I know that it is impossible for me to keep from getting angry in some situations, with some people, at certain times.
For instance, if you want to see me angry, just let me see someone disadvantage or abuse a child, the elderly or an animal, or anyone who is smaller, weaker, more vulnerable than themselves. Want to see me angry? Exhibit hatred, prejudice and racism, and claim that you are doing it in the name of Christ. If you want to see me really angry, catch me when I’m tired and overwhelmed with work and then attack someone or something I love, disparage someone I care about, or defame a cause close to my heart, spewing ignorance and calling it fact.
And yet, even though anger is often perceived as a negative emotion, and many believe that a good Christian simply doesn’t get angry or show anger, ever, we know that anger is sometimes useful and even healthy. Psychologists will tell you that while we often view anger as a “bad” emotion, it can motivate us in positive ways. For instance, it can motivate us to improve a bad situation, or address an injustice, or assert our rights and needs. Anger can sometimes help focus our attention on something that really needs to be changed. Properly channeled, anger can actually stimulate the part of our brain that leads to creativity and problem solving. Most of us may remember that Jesus sometimes displayed anger, most notably when he overturned the money-handlers tables in the temple and called them out for their un-godly behaviors.
So then, what does it mean when Jesus equates anger with murder? For that is what Jesus seems to be doing this first of what scholars call Jesus’ “six antitheses”? – these statements that begin, “You have heard it said,….” followed by a common teaching, and then the words, “But I say to you”….. followed by a new teaching or explanation. What Jesus says is, “You have heard that it was said …, ‘You shall not murder’; and whoever murders is liable to judgment.’ “But I say to you that if you are angry with a brother or sister, you will be liable to judgment,” and so on.
Our second year Confirmation students can tell you that the sin of killing doesn’t just refer to someone taking an ax or a gun and physically assaulting another until they are dead, rather, the commandment not to kill includes a prohibition against doing anything to ruin or damage another’s personhood, reputation, or relationship within the community. These things are not only hurtful to the person upon whom they are heaped but also destructive to the life of community.
Let’s remember that in this long discourse known as the Sermon on the Mount that began with the beatitudes, Jesus is addressing the disciples and those who are following him, teaching them the way of discipleship. Jesus has already told these followers that in the kingdom of heaven, where God rules, and into which all are invited, the status quo has been reversed. There is a new way of living interconnected lives as disciples in community that lives God’s justice and righteousness. In this kingdom, lives are transformed, hearts are made pure, and love is measured and treasured as never before. What you do and what you say matters not only to the individuals involved but to the community at large and by extension, to the very kingdom of heaven.
Jesus said, those who follow him and belong to God, are salt and light. We are valuable, and we add flavor and meaning to the community of the followers of the Son of Man. And here, in today’s text we get a glimpse of what God’s kingdom looks like. Previously, Jesus has said that he came not to abolish the law but to fulfill the law. And within the framework of the antitheses, Jesus is re-teaching the fundamental truths of what that means. Jesus is not giving us a new set of laws, as the gospel of Matthew points out, rather, Jesus is teaching and showing the intention of the law as God established it, especially as it pertains to living and working together. Jesus wants his followers to be people of integrity, people of honor and people of love. 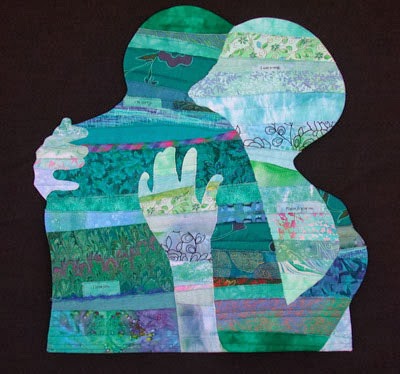 The kingdom of heaven is not entered lightly. The kingdom of heaven makes its demands. The kingdom of heaven, in fact, demands radical discipleship, discipleship that shapes our behaviors, our thoughts, and our words. Belonging to this kingdom and doing this kingdom work requires that every thought and action is transformed by, guided by, and indeed is ruled by God’s reign and God’s Word.
And so, in this Sermon on the Mount, where Jesus is teaching the Jesus-followers of every time and place what it means to be a community shaped by God’s righteousness and God’s love, we receive a lesson on how we should treat one another, how we should let God’s love and God’s command to love guide our pathways. We hear illustrations by Jesus of just how important relationships and life within the community of Jesus-followers really is. At the forefront of this message is the overarching theme that being blessed in community frees us from nursing anger.
When Jesus refers to those who “are angry” he is talking about continuing, unresolved, simmering anger. He is talking about the kind of anger that occurs when grudges are held onto, hurts and disagreements are harbored, where heels are dug in and insults, gossip and name-calling damage the communal spirit. The destruction caused by this kind of rupture in relationship is so devastating, that Jesus gives an extreme example of how it should be addressed.
So here it is: Imagine that you have just traveled all the way from home to the temple at Jerusalem, a distance that takes you several days to travel, in order to make your sacrifice, a sacred obligation to God. So in our context, imagine that our temple is located in California. We each have a holy duty to take ourselves there and bring God an offering to be presented there and only there. Since suggesting you would fly from home here in Easton, Maryland to California would be anachronistic, let’s just say you’ll drive. It’s going to take you a week. But once you arrive, as you stand at the altar prepared to offer your gift, you remember a grievance between you and a sister or brother within here at Grace, back in Easton.
God considers it is so important that you heal that rift that Jesus says, leave the gift. Set it down. Do not present it as sacrifice just yet, it is not the more important thing to do at this point. Instead, go back, and reconcile that ruptured relationship. Then you may return; then and only then should you give your gift to God. To do any less than this has repercussions throughout the community. To do anything less is an assault on the community and on the kingdom of God. Close communities need to maintain social order and harmony to exist, says Barbara Lundblad. In all matters of conflict and disharmony, Jesus bids us to avoid seeking revenge, from bearing grudges, or from nursing an anger that eats away at the fabric of community and the mission God. Disharmony in the faith community makes an appalling witness to the larger society.
Jim Wallis in his book “The Call to Conversion” makes this connection: “When I was a university student, I was unsuccessfully evangelized by almost every Christian group on campus. My basic response to their preaching was, “How can I believe when I look at the way the church lives?” They answered, “Don’t look at the church—look at Jesus.”
Wallis continues, “I now believe that statement is one of the saddest in the history of the church. It puts Jesus on a pedestal apart from the people who name his name…Such thinking is a denial of what is most basic to the gospel: incarnation.”
There is no getting around it, my friends. God’s grace, bestowed on us at baptism sets us apart as Jesus followers. And that means something. The Spirit of God rests within each and every one of us, and that Spirit directs our activity through the giving of gifts, and the establishment of community, the blessing of ministry and relationship with God and with one another. Christ went to the cross for our sake, and in the crucifixion draws us all to himself in loving forgiveness of sin and restoration of the broken. As workers in the kingdom of God, sharing God’s goodness and mercy, embracing grace as a way of life, God blesses us to harbor not hate but love, not resentment but generosity, not grudges, but the life-giving love of God.
Let us pray:
O compassionate God, you have mercifully absorbed the worst of human anger and rage in the crucifixion of Jesus. Free us daily from any contempt we might harbor towards others, and help us to risk taking steps of reconciliation towards those with whom we feel at odds. For Jesus’ sake. Amen.

Posted by Wading Through Grace at 10:34 PM