Someone with a little skin on

John 14:1-14
One night, a little girl, Lisa, we’ll call her - lay in her bed as storm clouds gathered outside. Soon, there was a full-blown thunderstorm going on right outside the windows of her bedroom. Thunder crashed and blinding flashes of lightening lit up her bedroom over, and over again.  Little Lisa was frightened. She cried out to her dad, who was in the next room, "Help me." 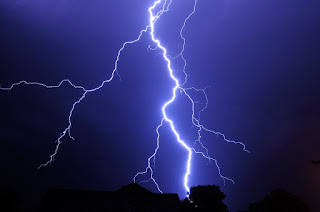 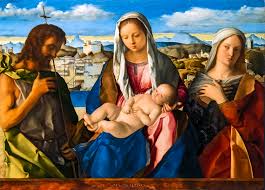 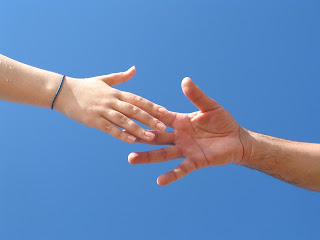 Ponder that for a moment. The Almightiness of God moved in a human arm. The love of God beat in a human heart. The wisdom of God spoke from human lips. The mercy of God reached forth from human hands.
In Jesus, God was wrapped in human flesh, promising for all of eternity a bond with humanity that cannot be broken by suffering or death, by trial or disappointment, by failure and doubt, by fear and despair.
In a few moments, we will confess our faith using the words of the Apostle’s Creed, in the second article of which, we will state who we believe – by the preponderance of our religious identity - Jesus to be. If we could fully believe and embrace those words; if we could fully grasp the meaning of what we say, the troubles of our hearts would be silenced and our faith would be a real power over the whole of our lives. Because we could then experience God with skin on, Jesus Christ, as the real power and fullness of life not only for ourselves but for the world.
My friends, the real power of this gospel is that it contains the uncompromising promise of Jesus that, while still unseen, God abides in us forever, loves us forever, and empowers us to be Christ in the world, revealing the loving nature of God who refuses to let us go, and has gone through such extraordinary lengths to not only prepare a place for us when we die, but to secure our faith, our love, and our commitment to live the life of abundance which we receive in his name, that others may come to know and believe in the one who came to reveal God’s love for the world. By the power of Jesus Christ, God with skin in, may it be so. Amen.


Posted by Wading Through Grace at 7:10 PM