Instructions for the Journey 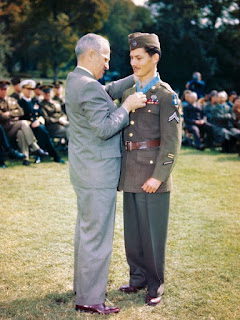 Late last summer, I saw the movie “Hacksaw Ridge” for the first time. The movie tells the story of a young man, Desmond T. Doss, who served as an army medic during World War II, and specifically during the Battle of Okinawa. Before the war broke out, Doss was for the most part a happy-go-lucky kind of guy. Raised as a Seventh-Day Adventist, his faith was very important to him, and that, together with some early life experiences, led him to make a decision to live his life as a pacifist. He didn’t have a great deal of education – his family was too poor for that, but Doss did have an interest in medicine.
Then World War II broke out and Doss felt called to serve his country. As a pacifist, you can imagine the dilemma this created for the young man. Added to the tension, was his relationship with his father, who himself had served during World War I, and today would likely be diagnosed as having PTSD – his action during World War I left him scarred for the rest of his life, and his family bore the brunt of his war-induced mental illness.
The elder Doss was vehemently opposed to his sons serving in the war. Going against his father’s will created huge conflict and ultimately a schism between them. But the young Doss made up his mind. He had it all figured out. He liked medicine; he would serve his country as a medic. He couldn’t bear arms, but he could still serve, and he seemed to have an understanding with his recruiter that that would be exactly as things would go. But of course, they didn’t.
No sooner had Doss arrived as boot camp than he ran into problems with his drill sergeant and his fellow soldiers over his decision and refusal not to bear arms. He excelled physically but became an outcast in his unit for his refusal to handle a rifle or drill on Saturdays – his Sabbath. He was assigned physically grueling labor. An attempt on the part of his superiors to have him discharged for psychiatric reasons failed, and one night he is pretty badly beaten up by some of his fellow soldiers.  Still, he resists going against what his faith – and the Scriptures – had taught him.
He ultimately completed basic training but was then arrested and court martialed for insubordination. He refused to relent. He would not bear arms, could not go against biblical teachings nor his conscience. All he wanted was to serve as a medic, come what may. Finally, his father barged into the military tribunal bearing a letter from a former commanding officer of his, pointing out that pacifism is protected by an Act of Congress.
The charges were dropped, and Doss was assigned to the 77th Infantry Division, deployed to the Pacific theater, which is how he ended up at the Battle of Okinawa, where through his actions, he saved the lives of 75 men and earned Medal of Honor, the first conscientious objector to ever earn that coveted award. 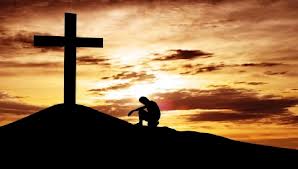 Being a disciple of Jesus Christ is not easy. You and I might never have to make the kinds of choices and decisions that Desmond Doss did, but I think that looking at this morning’s gospel text through the lens of Doss’ story might help us to understand what Jesus is telling his disciples about the cost and meaning of the mission in his name.
In this chapter from the Gospel of Matthew Jesus, in fact, has very pointed advice for his disciples, and his words help draw a picture of the cost of Christian mission and ministry. The picture isn’t all that pretty.  Jesus paints a picture of discipleship that is more than just a little off-putting.
The Gospel text we heard this morning is a continuation of what is referred to as the mission discourse, or “Sermon on Mission.” It was being delivered to a people who were persecuted, who were needing to make tough choices about what following Jesus means, who were experiencing opposition and divisions among families and friends, and the cost of being disciples.
Last week our gospel contained the words of Jesus that come just before these: “See, I am sending you out like sheep into the midst of wolves; so be wise as serpents and innocent as doves. 17Beware of them, for they will hand you over to councils and flog you in their synagogues; 18and you will be dragged before governors and kings because of me…..  21Brother will betray brother to death, and a father his child, and children will rise against parents and have them put to death; 22and you will be hated by all because of my name….”
As this Sermon continues today, Jesus says, “Do not think that I have come to bring peace on earth; I have not come to bring peace, but a sword. For I have come to set a man against his father, and a daughter against her mother, and a daughter-in-law against her mother-in-law; and one’s foes will be members of one own household.”
Between last week’s text and this week’s, the Sermon on Mission has moved from the sources of mission (Jesus’ compassion, praying disciples, spiritual gifts, and church fellowship) through Jesus’ travel instructions (travel light- “Take no gold, or silver, or copper in your belts, 10no bag for your journey, or two tunics, or sandals, or a staff”), and now move on to the “trouble instructions” which basically, boil down to: “expect the worst”. Finally, we come to Jesus’ “trust” instructions - believe in me, acknowledge me 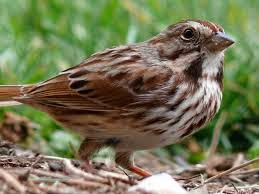 With all these instructions, Jesus seeks to bind the disciples to himself. He wants them to remember their bond with him, and to honor their relationship with Jesus and their identity as his disciples even and especially in the midst of the hardship and suffering they will surely face, as they serve this mission and ministry in his name.
“So, what does it mean to be a disciple of Christ?”
Bible commentator Frederick Dale Bruner puts it this way: “Jesus comes crashing into history, and then into our lives, and takes over, preempting our most instinctive loyalties, presuming on our deepest affections, usurping our natural ties, and asking (and so claiming) to be the most important person in our lives.”
Jesus knows that for the mission to be served well, the whole lives of his disciples must be marked by our relationship with him, by loyalty to him and that they be consistent with his own cross-shaped life, where the decisions we make, the interactions we have, and our every choice be made with God’s mission in the forefront of our actions.
Jesus knows well how difficult this journey will be and he isn’t pulling any punches. To follow Jesus is to cause the same kind of trouble Jesus caused, because Jesus’ way is countercultural. Absolute adherence to the ways and commands of Jesus are what Jesus demands from his disciples. Anything less brings destruction and chaos.
The thing is, Jesus knows that we like our comfortable little lives. We strive to make a “good life for ourselves” – for most of us, that kind of comfort and security is our ultimate goal and priority in life. Our lives include the relationships we have with family and friends. They include attaining and maintaining a certain status, perhaps living in the best neighborhood we can afford, to have the best things in our homes, to make the best connections in our community, all those things that go into making our lives pleasurable and secure. Given a choice we will choose the “easy way” of things.
And so, Jesus says, “Do not think that I have come to bring peace on earth; I have not come to bring peace, but a sword.”
Jesus isn’t advocating violence here. These words have been misinterpreted in that way over the centuries. Rather, the peace that Jesus is here to disrupt and even tear apart is the “peace” of the status quo – the “peace” of self-sufficiency; the “peace” that allows tyrants to oppress and persecute those with little power; the “peace” of keeping about our neat little lives safe and secure while scores of people face death, disease, hunger, abuses and persecution.
The sword of Jesus is meant to cleave us from our complacency, our blindness to the inequality happening all around us, or our adherence to earthly values, idols, even those relationships that keep us from being wholly centered on Jesus and on the mission he sets us forth to serve.
Jesus says to us, “You know what? If your life passion is to “make it” you will be lost. If security is what you are after, your search will only lead to your destruction.”
We hear those words and realize that really, truly, this Jesus is trouble.
So central is trouble to the Christian mission that Jesus says that his purpose in coming to earth was division. Jesus will bind disciples to himself in faith and then move them out into life to love people on the edge, but the historic consequences of faith and love have always been as much persecution as reconciliation. A few will believe the truth of Christ, but most will oppose it. Jesus shoots from the hip here. This is as true today as it was in Jesus’ time.
Jesus is not triumphalist about the future of Christian mission; he knows that his mission is a rugged minority movement, a tough, divisive affair, and he prefers to make this clear rather than to give false hope. “The gate is wide and the way pleasant that leads to destruction, and many people [a majority] go this route; but the gate is narrow and the way tough that leads to real life, and very few people find this way.” 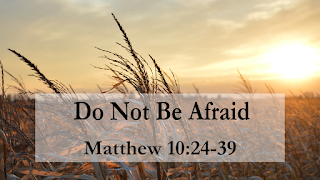 Yet in the midst of all this sobering news, there is gospel good news for us as well. In the midst of this passage Jesus tells us, “Do not be afraid.”  These words for us are both challenge and promise. God will always be with you. God does not leave us alone to face this battle, but with the kind of care and love that knows and counts each hair on our heads, the Lord God will strengthen, supply, and keep us in steadfast love. Jesus encourages his followers to step out into the light and tell the truth about their lives – a truth that is seen as healing, as life-giving, as witness to the goodness of God who cares for the little sparrow, the faithful soldier, the struggling, disciple, and all those who cling to Jesus and to his Way.
Jesus tells us that in losing our life we will find it. Paul reminds us in baptism we died to sin, and we were buried with Jesus in death, that we might arise and walk in newness of life. As disciples of Christ, we follow in the footsteps of Jesus, going without fear, knowing that though this new life, the life of discipleship might be costly, by his death and resurrection, Jesus has already made us alive to God, counted, treasured, accompanied and restored, for the sake of the kingdom of God.


Amen.
Posted by Wading Through Grace at 7:37 AM