Mind your own business! Those words: they carry weight. They carry judgement. If you have ever had those words hurled at you, you know their power. These words are applied to situations where your behavior – or words – challenge preconceived notions or situations in which there is little or no room for flexibility, redirection, or correction.

I attended an all-girl Catholic high school. In the mornings, prayers were led over the intercom by one of the Sisters, or by a class president. At the end of the day, closing prayers were led by members of the Student Council and other leaders of the student body.

As a Student Council member it was not unusual for me to lead those day-ending prayers in which we included particular prayer needs, much as we do in our Intercessory Prayers here each week.

One Friday, I included in those day-ending prayer concerns two names; one was Robin, the sister of one of our students who was battling cancer. The other was Donna, Whose last day at the school it was.. After finishing up the announcements and prayers, I left the school office only to be called back again, through the PA system..

I wasn’t sure why I was needed back there – perhaps I had left something behind –since I was not the kind of student to get in trouble, I wasn’t worried – until I entered the office to see the very red face of our principal, Sister Mary Felicitas. For the first time, there in my junior year, I could see, I was in trouble. Whatever could my offense be?

Well, the problem was the nature of the difficulties of the people for whom I had prayed. Donna was leaving because at the age of 15, she was pregnant. And although I had not mentioned her situation, the fact that I had dared pray for a sinner and a victim in the same prayer, in such a public venue brought great offense and shame to the community in the view of this very proper nun. I had not minded my own business. I had stepped out of my lane.

A couple of years ago, doctors who face the traumatic, heart-breaking and horrifying human carnage created by the epidemic of intentional and accidental shootings in this country every single day, made public service announcements seeking common-sense gun legislation. They were attempting to save lives before these bloodied, senselessly broken bodies entered their emergency and operating rooms. These hard-working front-line healers were seeking to put an end to the bloody carnage, seeking to save one family after another the heartache of burying a child of any age and whatever circumstance. These medical professions were trying to stem the flow of blood across our nation.

The response was rapid and strong. In no uncertain terms, the National Rifle Association and other groups fought back. They coined the phrase, “stay in your lane.” In other words, “mind your own business”. Naming the human costs of the shooting epidemic, and frankly describing the heart-rending reality of the bloodied bodies pouring into hospitals, the doctors had brought great offense and shame to those seeking to control the narrative regarding America’s relationship with gun ownership. “Stay in your lane.” “Mind your own business.”

My prayer and the doctors’ statements offended those who identified as part of a particular community. They received reactions not unlike what Jesus’ words and actions brought in the synagogue of his hometown on the day described in the Gospel today.

As he taught about God’s love, Jesus unpacked the Scriptures; but he emphasized this love not for select people, rather, for all people.

Jesus offended those in his beloved community by seeking an expansion of their hearts. He spoke truth to those who were not yet ready or willing to hear it. He stepped out of the lane where they wanted him to stay, the lane where his words only comforted and did not challenge, where his actions brought healing but not correction.

They did not care for the rabbi who spoke hard truths with challenging words that perhaps required them to look a little too closely at their hearts where they might find the hardness against which he spoke, and their behaviors that failed to line up with God’s will.

On the one hand, Jesus brought reassurance, good news, and healing to many. In his divinity he demonstrated his power and grace. In his attention to the marginalized, he assured every person a welcome at the table. But that was too much for some because, on the other hand, Jesus failed to “stay in his own lane.”

In raising the question regarding Jesus’ birth (ah, we know who his mother is, but can we ever be sure of paternity?) some who were angered at Jesus insistence on inclusion and compassion for the marginalized struck out, aiming to discredit him. In angry tones they sent the message for Jesus to “stay in his own lane.”

The thing is, Jesus made them uncomfortable when he pointed out injustice. He perplexed them when he insisted on mercy for all God’s children, and pointed out the inequalities they perpetuated; he challenged their sense of entitlement when he raised awareness of God’s judgment on those who do not love as God desires; his insistence on meeting the need of each person without  exception, and his acceptance and relationship with sinners. 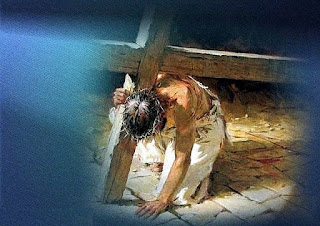 The uncomfortable fact is, the love, mercy, compassion and inclusivity within which Jesus operates and teaches is offensive to many. If all you desire is a gospel that comforts and affirms, then you will find Jesus to be offensive and his words and actions appalling.

But then, if the Jesus we worship never offends us, then perhaps it’s not really Jesus we’re worshipping.  Many a pastor has been silenced into preaching a diluted, weak, or even misguided version of the gospel in order to keep the peace, avoid offense, and keep the sheep from turning against him or her. 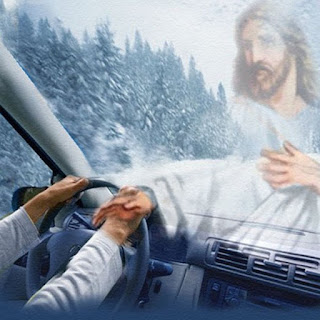 Jesus challenges us all to hear the gospel as both blessing and challenge and to step out of the lane, to mind the business of all who are in need of hearing the life-altering good news of God in Jesus Christ.

For God’s gospel truth to permeate our lives, it needs to challenge, disrupt, and cause us to question our actions and motivations. As disciples in Christ, we are called to measure our words and actions against the Jesus presented to us in his fullness in the gospels.

Pastors who honestly and faithfully preach gospel are often accused of being too political. In most cases, it’s not because they are campaigning for individuals or ideologies that are culturally influenced or support particular secular power structures – that would be ‘political’. The simple truth is that preaching the gospel of Jesus Christ will create accusation of politicization in much the same way as Jesus’ teaching and demonstrating his divine power created accusations that sought to undermine his authority by discrediting him. 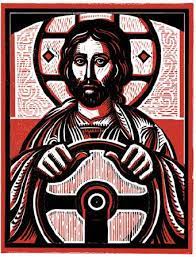 The thing is, that it is for our benefit and for the good of God’s kingdom that Jesus changes us when he challenges our certitude, and calls us into a new kind of relationship with one another and with the world around us. The call of the Gospel is not a call to stand still, but to choose movement and change and growth.

As we celebrate Independence Day today, we seek God’s guidance in our interpretation of what independence means.  Is independence interpreted as permission to “do whatever I like, in my own best interest?”

In Galatians 5:13, Paul writes, It is for freedom that Christ has set us free. This verse is sometimes used to support an ideology that is entirely individualistic. However, Paul continues, But do not use your freedom to indulge the sinful nature.

True independence for the Christian may be described as “faithful interdependence” as we acknowledge that, as American poet Emma Lazarus once wrote, “until we are all free, we are none of us, free.” What does freedom mean to the Christian? What does it mean to you?

The scandal of Jesus’ birth isn’t in his parentage, but in the fact that in his divinity, Jesus doesn’t stay in his lane. He doesn’t mind his own business. Instead, through Jesus

God embraces without placing limitations based on a person’s background, history, or demographic;

God abundantly reaches out with blessing,

As the Gospel tells us, the lowly carpenter reveals himself as Lord.

The guy with the tainted birth story offers us salvation.

The hometown prophet tells us truths we’d rather not hear.

We might be scandalized by his lane-crossing, but he’s not.

We might put limits on his deeds of power, but those limits won’t confine him for long.

Jesus is on the loose in the world, loving unconditionally, unendingly moving out of his lane, and driving us to do the same. This is the beautiful truth of freedom in Christ – changing lanes is not only accepted, it is expected and embraced, all to the glory of God. 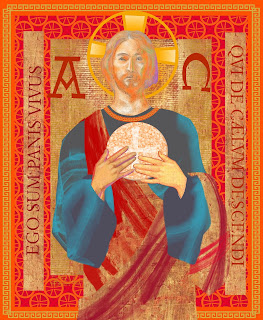 Posted by Wading Through Grace at 10:03 PM