The Stories We Tell

We are a storied people.

Back in October, our Christian Education team held its first “movie night.” The movie we watched that night was “The Blind Side,” based on a true story of betrayal and abandonment, hope, redemption, and love. I remember when that movie was out in the theaters. It was talked about a lot in the media. It won awards – Sandra Bullock even won the Oscar for acting for her role as the story’s protagonist, Leigh Ann Touhy. That night back in October, we enjoyed the movie, good food, good discussion and fellowship. Mostly, we simply enjoyed witnessing the telling of a good tale.

One of the books I read last summer was “Unbroken,” the true story of an American Olympic athlete and track star who set records in his sport before he joined the Navy during World War II. Louis Zamperini served as a bombardier on a plane that was ultimately shot down over the Pacific Ocean, and survived some of the worst Japanese prisoner of war camps that existed. After the war Louis endured what now would have been diagnosed PTSD, from which he eventually recovered. The book spent months on the bestselling lists and I understand a movie is now being made based on the story.  I highly recommend it, for the story of survival and the human spirit that comes alive through the pages of the book.
The common thread here, is our attraction to Story. Story connects us to people from the past, even to ancient civilizations. Story connects us to one another. Stories help us to define who we are; they help us articulate what is important; they bind us together; sometimes, they help us make sense of things. Popular books and movies on the bestseller lists today include “Philomena,” “The Butler,” “The Book Thief” and “Mandela” just to name a few, each one of them a story, based on real people or events. A good story is hard to resist. A good story must be told. And the best stories survive long after the people in them have gone to the grave.
We each have our own stories to tell, don’t we? In fact, most of us have favorite stories from the archives of our lives that we love to hear and tell. Stories reveal something about who we are, where we’ve been, and telling them is somehow important.

We are a storied people, and this desire for connection to story never quite goes away. Last year, my daughter and her friends rigged up a camera, sat my mother down, and then interviewed her, asking her to tell stories from her life, and her mother’s and her father’s lives. They did this because they felt it was important to somehow document these stories for safekeeping, for a time when my mother is no longer able to tell them herself, in person.
We are a storied people. So I have to ask you, what are the stories you love best? Something that all storytellers have in common is that they are observant. They notice there is something special about a particular person or event, and they help share the story and bring it to light. They are witnesses. Witnesses tell others a story and then invite them to experience it as well.
This progression of noticing, telling, and inviting is the same movement that is at the core of our gospel text today. In the first few verses of our text, John the Evangelist, the chronicler of this particular story, uses the words of John the Baptist to establish once again, that Jesus is the Messiah. Jesus is the anointed one, the Son of God. What’s more, the Baptist calls Jesus the “Lamb of God who takes away the sin of the world.”
John the Baptist testifies not only to who Jesus is and why he is among us, he is a witness. As such, he recites part of the story of Jesus’ baptism to all within hearing range. 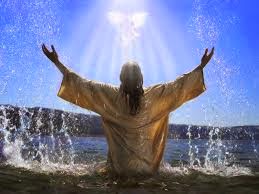 “I saw the Spirit descending from heaven like a dove,” he tells the crowd. “I myself - I didn’t know him, but what happened next is this: the one who sent me to baptize with water said to me, ‘He on whom you see the Spirit descend and remain is the one who baptizes with the Holy Spirit.’ I am a witness to these things! I heard it myself and then I saw that dove, the one that came out of the opening in the heavens, just as soon as Jesus came out of the waters - I saw that bird descend, and I heard the voice; I heard the voice from heaven say that this is the one, “this is my Beloved,” this is the one in whom I am well pleased.”
Both Johns told a story. John the Baptist noticed, he saw, he witnessed to something magnificent that happened. He was amazed! And he could not keep his excitement and his amazement to himself, so he told others. “Listen to what happened.” Come, and see and hear this Jesus for yourself, for he truly is the Lamb of God.
Years later, John the Evangelist, like the other gospel writers, made sure that the story would not die – he needed to share this story with other people, and later in his gospel, he tells us why. In chapter 20 of the gospel according to John we are told, “These [things] are written so that you may come to believe that Jesus is the Messiah, the Son of God, and that through believing you may have life in his name.”
We call the gospel writers evangelists – and evangelism, put quite simply, is noticing and seeing what God is doing in our lives  - then sharing it with others, telling the story, inviting others to come and see and hear these wonderful things for themselves.
Our text today gives us a picture of what true evangelism looks like. John tells a story, Jesus himself issues an invitation. “Come and see.” Disciples are those who come and see and hear and follow, and they don’t keep what they observe to themselves. Above and beyond anything else, disciples are storied people too, and they have a fabulous story to tell. Disciples are excited about all that God has done in creation. Disciples are compelled to share the story of how they see God at work all around them. Disciples of Christ know that this Lamb of God has entered the world and the world will never be the same.
We are a storied people. What are the stories that you love to tell? Disciples come and see and then tell others what it is that they have witnessed. “Come and see – see what I saw” – they invite others into their own experience because they know how God, through Jesus Christ changes lives. They know that through the Spirit bestowed on us in baptism, Jesus abides with us, as a continuing presence in our lives and in creation. They’ve seen it. They’ve felt it. They know that this abiding presence of Jesus transforms lives, and transforms the world. They may not understand it, but they know it to be true. They believe. And they want others to know the blessing of believing too.
Disciples of Christ love the part of the story when Jesus invited them to “come and see.” Disciples of Christ become part of the story. They are observant and they see things through the eyes of faith. So they notice God’s activity around and in them, and they tell others about it, and they invite others into this experience of the Way. 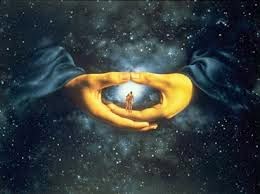 We are a storied people. And sharing the story and the experience of God’s all-encompassing love and mercy, the story of God’s far-reaching, never-ending love is an important part of what we do as disciples of Christ. When we look around and see all of the ways that God reveals Godself in the world, and then tell others what it is that we have seen and then invite them to come and see it too, we become like John the Baptist, and Peter and Andrew, evangelists and disciples who share how it is that God is revealed to us. By sharing our story and inviting others to join us, to see God’s work among us, we all join in the story too.
Studies have shown that the number one reason that most people who are new to church come, is that someone invited them. Not once, maybe not even twice, but with open arms, in a spirit of love, acceptance and accompaniment, someone invited them. Someone told them a story. Someone gave them a glimpse of new life. Someone shared the love of Christ with another. Someone let them know that God is making a difference in their lives and in the world every single day.


The essence of our witness is to tell what we have seen and believe and then to invite others to "come and see."  That’s what John the Baptist does. That’s what Andrew does. It’s what Peter does. It’s what the gospel writers have done. And it is what every single one of us can do as well.
I read somewhere that these three things, notice, share, and invite – form the holy trinity of evangelism, and are the beginning of discipleship. So I ask you, where have you seen God at work in your life or in the world this week? What are you going to do about it?
We are a storied people. What are the stories you tell the best? May we each be inspired, provoked, blessed and led to share (to borrow from a hymn title) the greatest story ever told. Amen. 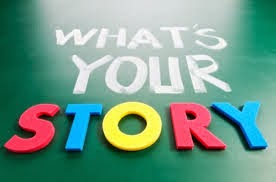 Posted by Wading Through Grace at 10:17 AM