What's In a Name?

I was supposed to be a Debbie. It was a popular name in America when my mom was pregnant with me, and that was the name she and my dad had decided upon if they had a girl. My older sister Patty, already had the “family” name, - both my grandfather and father were “Patricks.” I’m not quite sure what the attraction was with the name Debbie other than its general popularity, but my mom really had her heart set on the name. 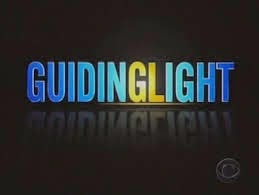 The only problem was that my aunt was pregnant at the same time. She wanted to name her baby Debbie, if she had a girl. Her baby was due three months after me, so by rights, I should have had first dibs on the name. As my mother tells it though, my aunt is a seriously stubborn woman. She wouldn’t budge. She promised that even if my parents had a girl they named Debbie, she still planned to use the name. And they believed her. So, I was called Karen, named after a soap opera character, I think. One from The Guiding Light. I’m not really sure. Sure enough, three months after I was born, my aunt gave birth – to Debbie.
Names are important. They have meaning. “Noah,” for instance, means “rest,” or “comfort,” while “Ethan” means “strong, safe, firm.” The meaning of “Emma” is “whole” or “universal,” while we get the name “Sophia” from the Greek word for “wisdom.”  Whether a couple chooses the name for their child based on its literal or historical meaning, or to emulate a famous person or after a fictional character they admire or whether they choose the name carefully following religious, social and cultural cues, or simply because they like the ring of it, most parents take the naming of their child as one of the most significant things they do in the early life of their child. Therefore, for most parents, this act is deeply meaningful. Names serve a legal purpose but also convey social, cultural and spiritual meaning. This is especially true within many traditional groups.
For instance, Jewish children are often named to honor a family member. The particular line of tradition you follow would dictate whether the name would be of a living relative or a dead one. Either way, the person honored through those traditions is kept alive in a deeply metaphysical way. Never was this more true perhaps, than during biblical times. The bible reflects the importance of naming. The Lord himself sometimes even instructed people how to name a child, or what to call themselves in the future, changing Abram’s name to Abraham and Sarai to Sarah, for instance. 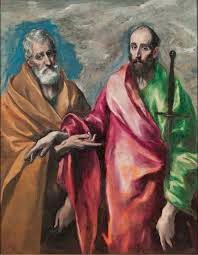 Today we remember two of the earliest saints of the church, the apostles Peter and Paul, because tradition has it that they each died on this date, though in different years. Both lived and worked to build the early church; both died as martyrs for their faith. And both were renamed by Jesus as they set out to do the work he was calling them to do.
It was the fisherman Simon, also known as Simon Peter, who was one of the original disciples of Jesus. We know a bit about Peter. He could be a bit of a blockhead. He often missed the point with what Jesus was saying or trying to teach. He could be impulsive. It was to this disciple that Jesus once became so perturbed that he blurted out, “Get behind me, Satan!” Yeah, Peter was like that – he could even make Jesus lose his cool.
We all remember that it was also he who denied Jesus while Jesus was undergoing his trial and persecution just before his death. And yet it is he whom Jesus set apart to lead this church, this people whom Jesus entrusts his mission and ministry to when he leaves. It is this flawed, impulsive, seemingly inadequate individual that Jesus addresses in our text today.  “Simon,” Jesus says, “son of John,” and then three times he asks Peter, “do you love me?”
Ironically, the name “Simon” means “he who hears.” Yet despite his close proximity to Jesus and Jesus’ mission and ministry, Simon Peter seemed to miss out. Hearing, it turns out, is not the same as understanding. So Peter made some blundering moves and often failed to understand what Jesus was telling him. Despite that fact, Jesus not only uses Simon Peter, but he gives him a special charge. The name “Peter” means “a rock” and Jesus tells Peter that this is the name he will go by. “And upon this rock I will build my church.”
Paul, whose original name was Saul, on the other hand, was well connected in the Roman and Jewish world. He arrived at apostleship in a very different way from Peter. He wasn’t one of the original disciples. He didn’t follow Jesus, didn’t follow “The Way” of Christ, in fact as we know, he persecuted the early church. Aggressively. And he was good at what he did. In fact, he was on his way to snuff out a bunch of those early Jesus-followers, when Saul had a blinding encounter with the Lord on the road to Damascus and was converted into not only a follower of Christ, but a leader in his church. His name was changed from Saul to Paul. And his life was transformed.
We can learn something from Simon/Peter and from Saul/Paul. We can learn that Jesus takes broken sinners, deeply flawed, misunderstanding, imperfect people, and he makes disciples out of them. Over and over again God calls broken, awkward, impulsive sinners like Peter and Paul and transforms us through Christ to feed and tend the world. Jesus takes our weakness and turns it into strength. Jesus takes our doubt and turns it into faith. Jesus takes our failure and turns it into compassion for others. Jesus takes our names – Peter, Beverly, Karen, Jeanette, Sharon, Kevin, Dave, Ellie, and changes them too. Jesus calls us brothers and sisters, calls us disciples, and calls us to serve in his name. Through baptism, we get not just a new name – Christian – but also a whole new identity as disciples of Christ.
Jesus repeats his question to Peter three times in this passage. The threefold repetition of these words points to their importance. “Do you love me more…” Jesus begins. Then, “do you love me?” again, and again and with each response and affirmation that yes, of course, Lord, of course I love you” Jesus removes any question that there is a distinction between loving him and serving those whom Jesus gives us to care for – to feed – to tend. For Peter, loving Jesus means caring for Jesus' sheep. And so, Jesus asks each of us – Christian, do you love me?
The most committed disciples are often those who come from the deepest, darkest of places because they can testify to the radical transforming truth of God’s love. Perhaps you could say they have less to lose. You might say that once you’ve hit bottom the only way is up. You might just say that it is when we lie closest to death that we come to appreciate life the most. But isn’t that what might be said of each of us? 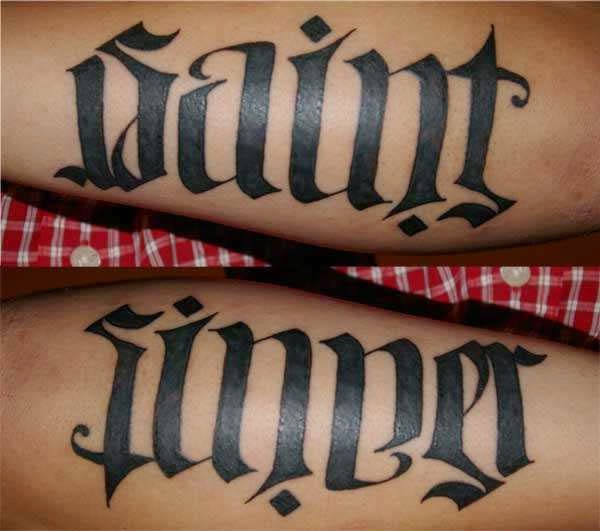 We are each disciples of Christ, who, through God’s love and by God’s grace and mercy, died to sin and death in baptism. Loving Christ means appreciating the life-giving nature of Jesus’ love and discipleship. Martin Luther said we are simultaneously saint and sinner. And as sinners we come alive again, daily, through God’s amazing grace and forgiveness. Then, we are inspired – no, compelled to follow Jesus. To love Jesus, and to follow him in the caring and tending of the world.
Yet, as Jesus pointed out last week and even again here in this gospel text, discipleship is not easy. Transformative, yes. Easy, no. It requires us to look carefully at ourselves and make better choices, discipleship choices. There can be no such thing as a complacent disciple of Christ. Jesus calls us, as he called Peter and Paul, he names us his own, and he gives our lives meaning as we tend God’s sheep, care for those God is giving us to serve, and become the church Jesus intended for us to be.
And yet, we have to admit to ourselves that discipleship can be a scary thing. Just look at what happened to Jesus; to Peter; to Paul. If we are to follow him, if we are to follow him all the way to the cross, does that mean his fate is our fate too? How far do we follow him? To death? To resurrection? To life after death?
If you love me, you will feed my sheep, Jesus told his disciples. If you love me, you will care for my lambs. If you love me, you will follow my commands. If you love me, you will love those I give to you and you will love me by serving them. 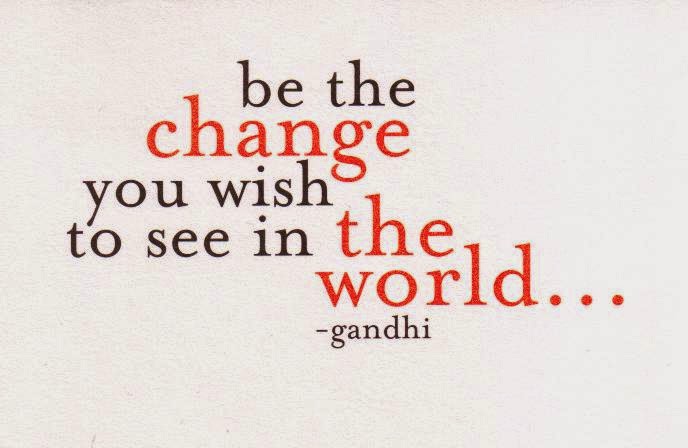 
Let us pray. Lord God, we pray in baptism we make public promises to "live among God's faithful people, to hear the word of God and share in the Lord's supper, to proclaim the good news of God in Christ through word and deed, to serve all people, following the example of Jesus, and to strive for justice and peace in all the earth.” Grant us the patience, wisdom, strength and joy in so doing, in Jesus’ name we pray. Amen.
Posted by Wading Through Grace at 11:57 AM