Telling the Truth, the Whole Truth, and Nothing But the Truth

John 1:6-8, 19-28
A voice cries out in the wilderness!
We’ve heard these words before. Recently, in fact. They came to us both from the gospel of Mark, and from the prophet Isaiah in Advent II. “A voice cries out in the wilderness!” And now again, we hear these words today, this time from the gospel of John where the testimony of John the Baptist, who came to prepare the way of Jesus, is recounted.
As we read this text on this Third Sunday of Advent, we are reminded that now is the time to Prepare! To prepare our hearts and minds for the advent of Jesus Christ – for the coming of Christ among us, even as we are reminded of the paradox that while we are preparing, the Lord is indeed already with us, working through the Holy Spirit, changing hearts and minds, and helping us to prepare. And part of our preparation is telling the story of Love that changed the world.
Listen again to these words from today’s gospel text. In fact, I would appreciate it if you would help me out here. Fill in the blanks in the following message. (If you need to cheat a little, that’s okay – you’ll find the answers written in the gospel lesson, in your worship bulletin):
“There was a man sent from God,  whose name was John. He came as a witness to testify to the light, so that all might believe through him. He himself was not the light, but he came to testify to the light.”

A witness testifies to what they know as truth. And in our gospel accounts, that is exactly who John is, and what John does. John, in fact is an important witness and in today’s account, you could say that he is the star witness. But John does not witness alone. As followers of Jesus Christ, we are all continually invited to share in the work of witnessing. 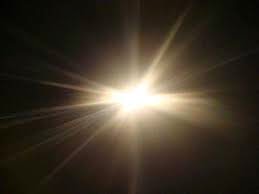 As the star witness, John gave testimony for the world to hear about this light, Jesus Christ, who was coming into the world; John meant for all people to hear and to believe that this light was the light which would dispel all darkness, and give life to those languishing ones. Once again, that is what witnesses do. They tell a story. They want their listeners to understand their story, to believe it. They hope that their story will help guide and perhaps even determine the outcome of events that are playing out. John gives his testimony in the hope that he might help determine the trajectory of hearts transformed by God as they are claimed by Jesus Christ.
Have you ever served on a jury? I have. I have to admit that I found the process of the legal system at work to be fascinating. Once the testimony began it was especially interesting listening to witnesses, presumably testifying to the truth as they knew it. Witnesses speak from their experience. Witnesses keep their answers direct and to the point. If not, they are stopped – and redirected. An important part of good testimony – is that you don’t confuse the central issue with a lot of extraneous “facts” or details. A good witness is almost invisible. The testimony is not and should not be, in most cases about them. It is the event or the person they are witnessing about that is crucial.
Today’s gospel text reads like a testimony given in a courtroom; a testimony given in response to an interrogation of sorts. It has a lot in common with the kind of testimony I heard in court. Extraneous facts and confusing details are not welcome. The gospel writer wants to make sure that the central part of the story is about Jesus. In the verses just before these, he has already laid out the central facts: “In the beginning was the Word, and the Word was with God, and the Word was God. He was in the beginning with God. All things came into being through him, and without him not one thing came into being. What has come into being in him was life, and the life was the light of all people. The light shines in the darkness, and the darkness did not overcome it.” Jesus is that light.
Then, the action in the gospel turns to John, this messenger who points to Jesus as the light.
The Pharisees in Jerusalem have sent the priests and Levites from Jerusalem out into the countryside to question John. Word has reached Jerusalem that he has been causing a bit of a stir. He has been testifying that a “light” has come into the world. There may have been some confusion, as there often is in stories that are transmitted word-of-mouth. What they are concerned about, is who this John is. They wonder if he is the one or if he is claiming to be the long-expected anointed one who is to come set the world to straights. Or, is he claiming to be Elijah, also a figure they have been expecting to return. They wonder if he is a prophet, sent to them with another of the kind of messages that prophets usually deliver. It is quite possible that all of these are versions of the stories the Pharisees have heard filter through to them in Jerusalem. So, who exactly is John and what is he saying? Should they be concerned?
We don’t know exactly what John has been saying to attract so many to come to him; we don’t know exactly what has stirred the interest of the temple elite. I mean, it’s like he’s been holding Black Friday sales without a license, he hasn’t been decorating shrubs out there in the Judean countryside, creating a fire hazard in the arid olive groves with the flames of all those brightly lit candles. But we do know that people have been coming, have been listening, and have been embracing this word of hope and expectation central to his witness, and many have been baptized. All of this has attracted the attention, and perhaps suspicions, of the Jerusalem officials.
So they send emissaries to come to see him.
“Who are you, John?” they want to know.
Instead of telling them who he is, he tells them who he is not.
“I’m not the Messiah, the Christ,” he tells them.
“What then, are you Elijah?”
“I am not,” John tells them. Like a courtroom witness, he goes no further – this is not really about him. This is about the one who is coming after him; this is about the one whose sandals he is not worthy to untie.
“Are you the Prophet?” they ask.
“Nope,” John answers them. “Not even the prophet.”
“Well, then, who in the world are you?” the interrogators demand.
“Why are you here? What are you doing?” They plead for an answer – after all, there are those they need to answer to. I think if I was John, at this point, I would have said, “You are asking the wrong questions. It is not me you should be asking about. It is the light you need to hear.”
John isn’t there to talk about himself. He is there to point to another, to point to the one the prophets did foretell, to introduce the one the Scriptures spoke about, to witness to the fact that this light that is coming into the world is the light of one who is larger, more important than he, is in fact a game-changing light for the world. He is there to witness to the Lamb of God who embodies God’s mercy, who takes away the sins of the world. He is there to give testimony to the one who will baptize with the Holy Spirit and with fire – who will transform a broken, dark, lonely, chaotic world, and will love it to pieces. 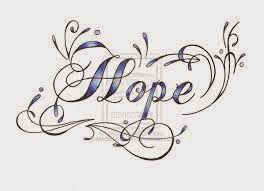 All of our scriptures today point to the great light and hope that comes to us through the incarnation of God among us, Jesus the Christ. This Sunday, we can feel the excitement building. We see the anticipation of Christmas all around—crowded stores, too many cars on the road, long lines at the post office…and, yet, many who partake in this excitement and anticipation do not know the true story and value of Christmas. Many in our community have never had a good witness to testify to them about the light…or, they have, but it was a long, long time ago. Some of us even here in this room have perhaps forgotten about the Light changes the world – for the better.
For many, even sometimes, for us, Christmas is about the department store and online sales. For many, you know it’s Christmastime when the lights go up, inside and out, powered by batteries and cords. It’s easy to forget that Advent is not about the countdown to unwrapping all those beautifully prepared gifts and downing the special foods and drinks you only really share at this time of year. Traditions like those may help us celebrate, but they are not what this season is about. You know it, and I know it.
What this season is about, is a love so strong that the powers of evil a 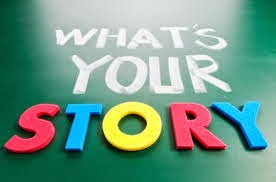 nd even death itself are overcome. What Advent invites us to prepare for, is the power that comes from above, the Light to which John testifies, the incarnation of God in Christ Jesus, whose story is a story worth telling over, and over again. Surrounded as we are in our media and in our world by stories that reveal that earthly powers and evil are run amok, there is a powerful story of healing and love and goodness we have to tell. In the story of Jesus Christ, there is a story of redemption that has the power to touch and transform every broken heart, redeem every failure, heal every hurt, and shine saving light into every dark corner of the world.

Like John, each of us has a story to tell, a testimony to give. Each of us have an experience with Jesus to share, testimony that our world desperately needs to hear. John gives us the perfect introduction to the story…”
We can fill in those first few sentences from today’s gospel, replacing our own gender and name in the appropriate places.
“There was a man, woman sent from God, whose name is your name. He/She came as a witness to testify to the light, so that all might believe through her, him.  She/He herself/himself was not the light, but he/she came to testify to the light.”
Brothers and Sisters in Christ, may we be blessed as we preach it!
Amen.

Posted by Wading Through Grace at 7:19 AM