The Truth about all those Promises

We had a guest preacher this Sunday, Victoria Larson. What is written below is her inspired proclamation of the gospel of Jesus Christ, on this 2nd Sunday of Christmas. 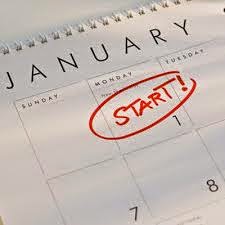 Those of you who are with me on this last resolution will be glad to know that technically, it is still Christmas.  It is.  Really.  Still.  It is the eleventh day of Christmas.  I asked our music director if we could get eleven pipe-players in here in honor of the fact, and he informed me that traditional organs HAVE pipes, and while we only have one organist, we have way more than 11 pipes, so it all shakes out to be about the same.

It’s not a sparkly or as nice-smelling as Matthew’s with its magi and myrrh, its gold and glory, its frankincense and flaring stars. It’s not as animal-friendly or as earthy as Luke’s with the shepherds and the sheep, with the angels singing over the Bethlehem fields.

Instead of describing an infant birth, John presents the coming of the Word is this cosmic story of EVERYTHING, time and creation and humankind, and in the midst of it, God becoming flesh and living among us, tangled up in it all, in and among the whole confusing mess. 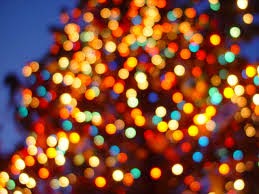 Our neighbors are depressingly organized.  Many of you may know that this year my parents moved into a house  near the house in town known for

all the Christmas lights.  Man, I loved those lights.  We take the dogs on an after-dinner walk, and we changed our route so that we—OK, I—could look at those lights every night.  But as of two nights ago, no more lights.  Our wonderfully festive neighbors are ready to take them down and store them in what I’m sure is a vast organizational system. 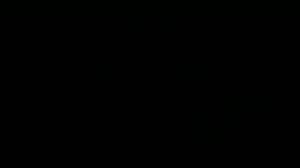 When I look at the darkness where their Christmas lights were just blazing, I have this hollow, sad feeling that is only marginally to do with the disappearance of that soft golden glow.  The gaping blackness stands in stark contrast to all the buildup to December 25th, that beautiful day where peace and goodwill seemed to reign, where we met together here and heard the words and sang the songs about the baby who would change everything.  But then…nothing did seem to change.  Christmas trees began appearing on the curb.  Wrapping paper filled the trash cans.  The local newspaper’s festive headlines reverted to ones announcing the ongoing pain and suffering of the human race.  Prominent among them was news of the Episcopal bishop of Maryland, who killed a cyclist in a hit-and-run.  Of all things.  Of all times.  Of all people.

It’s hard enough to get Christmas to last one whole day, let alone twelve.  Which is why the new year comes as something of a relief.  When the crab drops, it seems as though we have a chance to make the world better…or at least, to make ourselves better.  And in the midst of darkness where the Christmas lights were blazing, we’re even more aware than usual of how dramatically we fall short.

No matter how hard we work to improve ourselves, whatever success we encounter is always held in balance with the pervasive experience of disappointment and failure.  That’s what I thought of as I digested the news of the Episcopal bishop and her hit-and-run.  Even while thinking that that our vocations and relationships with Jesus—whether you’re a bishop or a confirmand—are supposed to make us better, more prayerful, more righteous, we know we’re still human.  We’re still sinful.  We still break our very best resolutions to be better.

I offer this not to absolve Bishop Cook.  Nor to cause you to lose all hope when it comes to New Year’s resolutions.  I offer it because it points to a painful irony that we’re wrapped up in right now: it is in the last days of Christmas, that season of joy and light and the proclamation of salvation, that we are most aware of how profoundly we fall short of being the people that we long to be.  That society expects us to be.  That God, through the 10 Commandments and the law, has ordered us to be.

Maybe that’s why John doesn’t go with the whole baby-in-the-manger picture of the nativity.  Matthew and Luke give us the stories and images that are easy to visualize: the shepherds kneeling at the manger, the star shining, the angels singing, the magi drawing near.  They’re easy to picture, and easy to pack up when Christmas is over.  John, on the other hand, uses grand, cosmic, abstract language that defies our best efforts to contain it in a picture: Light.  Life.  Truth.  Grace upon grace.

It’s as though John knows that we like to take down our Christmas lights early and pack up the nativity by New Year’s, so he breaks out these words that don’t fit into plastic storage tubs, and he folds them into a story of the Word coming to live among us. 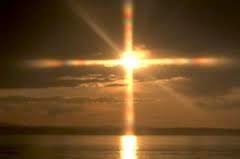 And he does it through this amazing jumble of words that spin and fill the air until it is unclear whether it’s the world coming into being or the Word coming to give light or people becoming children of God or God becoming flesh or ALL things coming into being or EVERYONE being enlightened or ALL of us receiving grace upon grace because God came down And pitched her tent in the middle of this messy, muddy existence Until you couldn’t tell her apart. Until God looked just like you and me Like just another fool in need of a new year’s resolution. But instead he was the resolution. The one who would stand between us and our yearning to be better, to be so much better,
to be good enough, and make known to us a God who has loved us beyond all yearning,
beyond all vulnerability, beyond all expectation or deserving or reason or justice.

I invite you to consider a new resolution: the only one John tells us is necessary:
Resolve to believe that all of this is true. That this is true for you: That God is present and among us in a way that changes things—not for one day out of the year.  Not even for twelve.  But every single day.  Forever.

It’s a resolution that seems to me at times incomprehensibly difficult.  To believe all of that? To believe that that cosmic vastness, the Word that was with God and was God and through whom all things came into being, actually fit into the human form and walked among us?  The one without whom not one thing came into being consented to come into being?  The one who gives us the power to become children of God became a child of Mary?

On the days that it doesn’t seem too difficult, it seems too easy:
All we have to do is believe?
Really?
Isn’t there self-flagellation or something?
Don’t we at least have to promise to be better people?

No.  No.  This is the scandal of the gospel.  The resolution to believe holds you in relationship to a God who loves you mysteriously, unremittingly, and without condition; with a Word who claims you, saves you, and looks out at you from the face of strangers; and with a Spirit who convicts as much as she comforts and will lead you into action beyond your wildest resolution.

You cannot profess Jesus with your heart and expect that you will remain unchanged, that the love of God will not transform you into a lover of outcasts and sinners, of widows and orphans, of lost sheep and the least of these.  But that is not the reason God loves you.  God loves you without reason, and without measure.  We know this, because God’s own heart was made known to us in Jesus Christ, who loved us even to the cross.


Thanks be to God.
Posted by Wading Through Grace at 12:05 PM