Follow the Yellow Brick Road! Follow the Yellow Brick Road! One of my favorite movies when I was growing up was the Wizard of Oz. Lying on the floor of our darkened living room, mesmerized by the sights and sounds of this story about a girl from Kansas, her little dog, Toto, and the ruby slippers that sparkled and shined, it was easy to be transported to the land of Oz.

One of the first times I can remember watching The Wizard of Oz was soon after my parents had purchased our first color television set. I was able to witness the transition from black and white to color, and the story seemed to take on a whole new depth and meaning.
Technicolor added visual depth to an already unusual story. I especially remember the visit to Emerald City, and the “horse of a different color.” But most of all, I remember the element of fear that runs like a thread through the story.

Every time they turned around, Dorothy and Toto, and their new friends were faced with some terrifying situation or another. Despite their fear, however, somehow, some way, they hung on to a semblance of hope, and this hope kept them going; it kept them moving onward even when things seemed hopeless.

Alone, any one of these characters may have given up and given in to hopelessness and despair. But together, they faced their fears; together, hope kept them moving forward, facing the next challenge, giving it their all, because they trusted that if they faced their fears and persevered in following the Yellow Brick Road, their hope would be realized.
They just might reach their destination, and that indeed, hope would win the day over seemingly overwhelming fear.

A few decades after our friends made it out of Oz another blockbuster film hit the scenes: the Hunger Games. Like Dorothy searching for the wizard, the main characters in this film are up against seeming impossible odds. 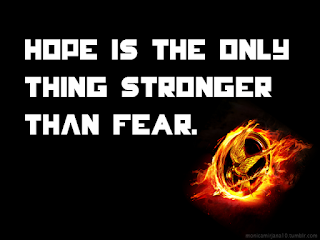 At one point, the mastermind of the situation declares “Hope is the only thing more powerful than fear." But for that very reason it is as perilous for a dictator as it is useful: "A little hope, is effective; a lot of hope is dangerous."

Looking at today’s scripture texts, it is this characteristic of hope that Jesus points us to.

Jesus has been speaking in parables to explain the kingdom of God is like; In this kingdom, hope wins out over fear. In today’s text, Jesus likens the kingdom of God, the kingdom in fact inaugurated with the coming of Jesus himself, to the tiny mustard seed. 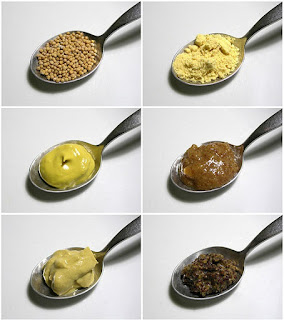 I would hazard a guess that mustard is not a seed or plant common to most of us here today. Living in the Mid-Atlantic when I think about mustard, I think about all the wonderful varieties that come in jars in the grocery and gourmet   cooking stores. We don’t really think about the nature of the plant this condiment comes from. But this was a plant people of Jesus’ time would know about.

Jesus tells them that the kingdom of God is like a mustard seed, sown upon the ground, the smallest of seeds, yet when it grows up it becomes so large that it is able to shelter birds as they nest in its shade.

We might think this would be a good thing, right?  Yet, the original listeners to this parable might think Jesus is joking. Mustard was a pesky, even somewhat dangerous plant. It wasn’t the kind of seed you would want to sow in your garden. In fact in some places it was even outlawed.

A few years ago I was in Southern California during the late spring, and the hillsides were positively covered with the shining yellow heads of millions of wild plants bobbing in the wind. As it turned out, it was, you guessed it, mustard; Tenacious, hardy, extremely prolific, mustard.

It was like an invasion of dandelions, or kudzu, or wild grape – or any other invasive plant you can think of – begun somewhere as a single plant that wantonly spread its seed all across the field, and then, greatly multiplied.

It was this kind of mustardly behavior that threated crops and vineyards of Jesus’ time; for these are plants quickly take over and choke out other, preferred, plants.
According to the parable, what else is this plant good for? Sheltering birds. That’s a good thing, right? But if we look back to the parables before this one we will find birds picking off the desirable seed that one might want to sow.

It makes you wonder what on earth Jesus was saying when he compared the kingdom of God to a plant that takes over where it is not wanted, gets out of control, and attracts those who are not necessarily welcome! 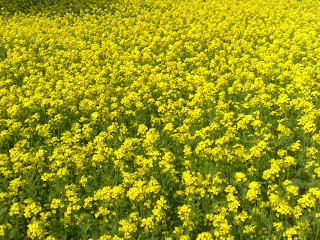 The kingdom of God will draw in and shelter those that might be considered undesirable–
the outsider,
the powerless,
the addicted,
the HIV infected,
the abused,
the convict,
the uneducated,
the starving,
the poor and needy
the sinner – all of us.

For us, today, who sometimes feel beat up, like outsiders, like pretenders, this is likewise very good news.

This is news that gives us cause to hope. These are words that we can trust, sent by Jesus to invade the
scariest,
darkest,
most isolated,
loneliest,
most shameful,
most fearsome corners of the world
and of our very lives.
The kingdom of God conveys hope; the only thing more powerful than fear.
A little hope is effective;
a lot of hope is dangerous.
Jesus gives us is maximum hope.

Yet we might ask, how is it that this hope is as perilous as it is useful? Who is it dangerous to?

The hope Jesus offers is dangerous to the powers that subjugate the marginalized; that benefit from the exploitation of the powerless; for those who enslave the weak and overpower the poor.

The hope Jesus offers is dangerous to those who deal in fear-mongering, like unscrupulous leaders, drug lords, terrorists, both domestic and foreign; like those who promote fear and hatred toward targeted groups of people; like corrupt officials in public and private arenas.
The good news of this gospel, my friends, is that even more than the mustard plant is hard to control, the kingdom of God cannot be controlled. It cannot be restrained. It cannot be contained.

We may sometimes look around us and feel discouraged. Starting right here in the church, we look around, and we see a lot of empty seats here. We feel fear.

The good news in this gospel is that God is already growing, spreading, exercising, and God is giving and will continue to give each of us the gifts we need to anticipate, participate in, and to offer hope in this kingdom of God.
We see some of these gifts in food that is gathered to share with those who need it; this week, a young family, whose father was sidelined by an injury and the family car lost in an accident, were fed and given assistance by the donations you have brought here to Grace.
The kingdom is at work in quilts that are made for Lutheran World Relief, change that is collected to bring life to dead places of despair, mosquito nets that are being provided to help prevent and treat malaria, and homes being built for the homeless.

As disciples of Christ, when we share the love
that God first showed us in Christ,
we participate in the kingdom work,
sharing hope in the world.

The kingdom of God is spread through soup kitchens, through blood that is donated, through prayers said for loved ones and strangers alike each week here and worship and daily, by many of us, in our personal times of prayer. 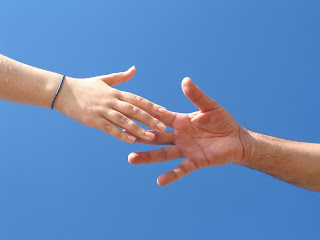 The kingdom of God is at work when we share a smile and a kind word with the lonely, send cards to the homebound and reach outside of our church community sharing a caring touch, prayer or word of encouragement. Kingdom work is being done when we mentor a youth whose life is filled with uncertainty, give generously of our time, our talent and our treasure, because we are so very grateful for all that God has given us.

We share hope that is stronger than fear, driven by the grace of God, who frees us to turn the black and white of the status quo into the brilliant, life-giving, life-sustaining colors of the kingdom of God. God will continue to scatter seed, continue to invade the dark and stormy places of the world.

May God grant us each hope stronger than fear, more powerful than any power on earth, and more dangerous than we can dare to imagine. 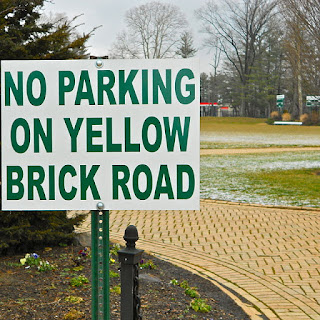 Posted by Wading Through Grace at 11:32 AM