Luke 21:5-19
Every now and then Tim McGraw’s song, “Live Like You Were Dying” comes on the radio. Do you remember that song?
It is associated with Tim’s father Tug McGraw, who discovered in March of 2004 that he had a brain tumor. At the time he was told he had but a couple of months to live. He went on to outlive that prognosis succumbing instead in January 2005. That extra nine months gave him time to do some things in his life that he had been putting off. 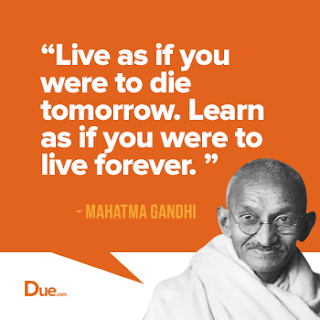 The song tells the story of a man who, likewise, is given a terminal diagnosis, and he changes his life in light of the news. “I was in my early forties,” the song goes, “with a lot of life before me, an’ a moment came that stopped me on a dime…I spent most of the next days, looking at the x-rays, an’ talking ‘bout the options an’ talkin’ ‘bout sweet time”.

Realizing that no matter what happened, his time would be shorter than he had previously anticipated, the man decides to do the things that are most important to him; he checks off as many of those things on his Bucket List as possible. -those things that he had always put off until “later”.
The song goes on to name sky diving, mountain climbing, and riding a bull as some of those things. But then, it is the relational things that he lifts up – loving deeper, speaking sweeter, and giving forgiveness he’d formerly been denying the people in his life.
Even as the former activities fade away, the man realizes that it is his behavior – the ways he treats the people in his life – and how he himself engages with them that really matters. It is that realization that leads to, as he puts it, finally being the kind of husband, and friend that he should have been all along. So moved is he by that experience, that he issues a challenge to others, to “live like you were dying”.
Today is the so-called “last Sunday” of the church year, and as they do each year the week before we celebrate the Reign of Christ, the Scriptures we read all have within them an end-times vibe, something is coming, and something is passing away. There is an underlying exhortation to do the very same thing the man in the song advises – live each day as if it were your last, persevering in faithful living.
Malachi warns that the “Day of the Lord” is coming and that the “sun of righteousness” will shine on those who are faithful to God. The message: live as God had instructed you to live.
Paul tells the church in Thessalonica that as they wait for the Coming of Christ, they should continue to “do what is right.” The message: stop messing around and straighten up your act.
Jesus tells his followers that that despite the trials that will come before the end arrives, they should continue to persevere in faith and endure, drawing strength from their relationship with, and the promises of, God. The message: don’t let the trials of the temporal age dissuade you from believing the truth, from following me, and let your life reflect your faith and your identity as God’s own.
The early Christian church, including those to whom both Paul and Luke are writing, believed that Jesus was coming back any day. But then, the days and the years passed without any sign of the Second Coming.
By the time these passages were written and delivered to the early believers,  many had gotten tired of waiting, and they were falling into spiritual danger as they began to waver and grow weak in faith.
For some, that meant getting lazy about living as true believers and disciples and apostles of the Lord.
For others, it meant being vulnerable to the false prophets who arose here and there claiming to be the Christ, demanding their loyalty, and predicting the imminent end of the world, as if they had the inner track on these things.
For many, it meant losing hope and losing faith, and being consumed by anxiety and fear when contemplating the state of the world and the state of their lives – especially when things like devastating storms, earthquakes, wars, civil unrest and division, famine and plagues happen around them. So too, when the very thing that had always been at the center of their faith crumbled and fell. 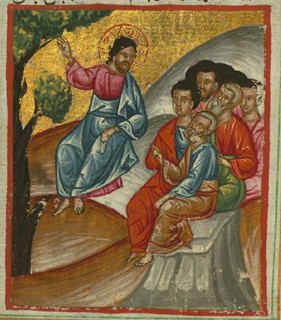 The gospel text is relatively retrospective; at the time in which Luke is likely recording the words of Jesus, this Second Temple, the one some were speaking about and admiring that day and to which Jesus refers, which seemed to be indestructible, had in fact been destroyed.
According to the accounts of historians of the day, the temple had been magnificent, and it was believed to be about as indestructible as the Titanic had been believed unsinkable. Surely, it could never fall, not until the end of the world itself.
This Temple had been newly constructed by Herod the Great (the same Herod Jesus had referred to in another gospel text as “that fox”) centuries after the fall and destruction of the first temple, which had been built by Solomon.
The new temple was an engineering marvel, with retaining walls composed of stones forty feet long. The platform upon which it was built was twice as large as the Roman Forum and four times as large as the Athenian Acropolis. It was huge, imposing, and seemingly invincible!
The gold Herod used to cover the outside walls was reportedly blinding when the sun was reflected off its surfaces. To look directly at the temple, it was said, risked being blinded.
And yet, Jesus makes the chilling prediction to those gathered around admiring its splendor; “the days will come when not one stone will be left upon another; all will be thrown down,” he told them.
A mere forty years after the death of Christ, those walls, those stones, indeed came tumbling down as Jerusalem was once more devastated and the temple destroyed.
This picture is one I took a couple of years ago; the stones lying in heaps around the façade of what is known as the Temple Mount today, are the remnants of that once-glorious Temple. These are some of the stones comprising the temple they looked upon that day – the disciples seeing grandeur, Jesus seeing death and destruction.
Throughout the eras that have passed between the 1st century world of Jesus and today there have been world-altering events, wars, changes, and threats.
While mankind is always progressing through new inventions and technological progress, we have, in every generation, also witnessed fragility, not permanence; loss, not glory; change, not stasis.
There are many fearsome aspects of life in our world today; wars, rampant corruption, populism rising around the world further distancing the haves from the have-nots; climate change creating ever-more-powerful storms and weather extremes; famine.
Not even the church has been spared, as we experience vast decline and abysmal forecasts for the future.
Looking around our world today is an anxiety-producing exercise, and when people are anxious and fearful. Relationships crumble and we cling to hope wherever and whenever it may be found, even if the hope is false and the prophets heretical.
Predicting when the world will end, or how it will end, or what will happen when it ends has always been a hot topic. It has been the inspiration for wayward religious cults, and the setting for many creative works.
Jesus reminds us that speculating about and trying to predict the end of time, really isn’t how we are to spend our time and our energies. Rather than wondering or worrying about when the end will come or what calamity and devastation will mark its advent, Jesus says beware. Such speculation leaves us vulnerable to hopelessness and to charismatic or powerful false prophets.
Rather, Jesus says, “have no fear” – just live, continuously and faithfully in my name.
Jesus predicts that things will get hard before the end—but he says not to be afraid.
Despite the trials and tribulations, the tragedies and hard situations, rather, in the midst of heartache and sorrow, the eternal presence of God is shining through, and we are not alone.
And the presence of God’s eternity is indeed in every moment, in every event, in every sorrow and heartache, of this present life. 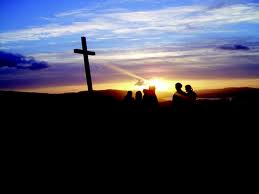 For whenever we discover God’s hope in times of despair, whenever God’s strength leads us to seek forgiveness for the wrongs we have done, and whenever we offer forgiveness to one who has hurt us, we’ve tapped out of our temporal time, into God’s eternal time.
Whenever we extend God’s understanding and hospitality to the stranger, whenever we witness to God’s peace and justice, whenever we stand on the side of those in need, we’ve tasted eternity.
For faith, hope, and love are the realities of a life lived within the eternal presence of God.
Rather than sit and wait, Paul commanded the Thessalonians to get up and work—to do the work of Christ’s church on earth, to be a part of the Kingdom on earth.
Rather than predict and wait and try to guess the end of time, Jesus commanded his disciples to get up and testify, right now, to His work in the world.  Rather than sit and wait for death, the man in Tim McGraw’s song chose to get up and live …he chose to forgive, he chose to love, to enjoy relationship with others…to participate, little by little, in the good things of the Kingdom on earth.
To live like we are dying is to bring the light of Christ into darkness—through a reassuring hug, a warm meal, or perhaps a listening ear. It means to speak a word of hope and healing to those bound by despair—to speak a word of forgiveness, of reconciliation, a word of love.
To “not be weary of doing what is right” means to live our lives joyfully serving Christ, in the here and now in whatever vocation and place we find ourselves. We do this trusting that the life of Christ will conquer the power of death once and for all, and we will live eternally with God in heaven.
In Jesus Christ, God will see to the ultimate end of things, but today is the day for us to live and to act in the way of God’s kingdom on earth.
Today is the day to witness to our faith knowing the God is with us, empowering, strengthening and guiding us.
Today – and every day – is the day to live like we are dying – because we are! Dying in Christ, daily dying to sin, dying in order to be raised to new life that is eternal life. Thanks be to God.
Amen.

Posted by Wading Through Grace at 1:13 PM