Jeremiah 29:1-7 Unraveling Our Plans, Our Ideas

When my husband and I first got married more than 40 years ago, we made plans. We thought we would have x-number of children at x-intervals. We could picture a future of our design which included everything from where we would live, to the kind of home we would live in, to the careers we would have, to how we would worship together and raise our family. 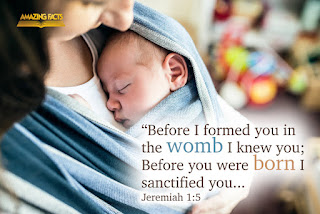 At the core of those plans, were the fundamental beliefs we held about who we were and how we should live, shaped by our faith, our moral convictions, the family and religious traditions in which we found meaning, and so on.

Along the way, some of those plans changed for one reason or another. Some changes had to do with the vagaries of fate; others were conscious decisions we made as we grew and matured as individuals and as a couple.

I am sure the same is true for many of you.

Sometimes, however, those choices and dreams are taken away with frightening swiftness. Unforeseen circumstances can utterly change the trajectory of our lives. A catastrophic loss or sudden disaster can utterly upend our plans. War, famine, civil unrest, violence, accident or illness may come into play, either as the result of choices we made, or entirely unbidden and undeserved.

Grief and mourning for what is lost can overtake us, keeping us from living in the present. We might hope for a fairy take ending to rescue us from our situation. Systems of oppression continue to weigh us down.

Regardless of our situation, when our lives and our plans become unraveled, we ultimately have some choices to make for how to move forward. Such is the situation Jeremiah addresses.

There is a crisis for the people of Judah.

Up to this point in the book of Jeremiah, the prophet has delivered many warnings, and prophesies much doom and gloom to the people of Judah, and Jerusalem in particular, so much so that he has been nick-named “the weeping prophet”. He warns the people to repent or endure the wrath of God. He warns them that their sins will not go forever unanswered by the LORD God. He warns them of the disaster to come, if they don’t repent.

Then, in 598 B.C.E., Jerusalem falls to the forces of Nebuchadnezzar. The conquered people are divided. The best and the brightest of the land are deported and sent to live in exile in Babylon, 500 miles from home.

Finding themselves separated from family and friends and all things familiar, they are full of despair. They are surrounded by people who speak a different tongue, people who have strange customs and who worship different gods, not the God of Israel.

In 587 B.C.E., Jerusalem would fall completely and be destroyed; the temple would be destroyed as well. Even greater numbers from Jerusalem, artisans and trades-people would be carted away leaving only a remnant behind to live in a kind of indentured servitude.

After that, shell-shocked, unbelieving of their fortune, they live in a sort of suspended animation, expecting a rescue and return home to shape their future. Instead, Jeremiah foresees a long future in Babylon for the exiles, during which time their welfare and their enemy’s will be bound together.

Despite the reality of their exile, the People of Israel should know that Yahweh, the LORD their God, still cares for them, watches over them, and is with them. They belong to Yahweh, and always will.

Concerned about false prophets who declare a quick turn-around in fortune and false hope, who tell the people that their situation is only temporary, however, Jeremiah is sent by God to tell the miserable truth that more than a generation will pass for the exiles before God would redeem them.

However, all is not lost; in the midst of that reality, they should live; they should marry and have children and watch their grandchildren grow and thrive; they should grow food and build homes and live their lives, for God has not abandoned them, despite their long period of exile.

Finally, they should live their lives with hope, for even in exile, God would bless them with joy. 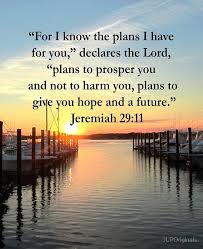 While on the one hand they would need to make peace with their enemies, on the other hand, they would also need to make peace between and among themselves. Tension and animosity had grown between the original exiles and those who remained behind in Jerusalem. There existed forces at war within them on national and international scales.

We can see parallels to our time and our context when we think about the competing voices in our world – and in our own country today – on everything from how to live in a time of pandemic, to who is worthy of compassion personally or nationally, to how we should treat various groups of people, to what to do about medical insurance and care, to how to address or even what to think about global warming and our use and abuse of natural resources. The list is long.

We are at war inside and outside our borders. Here in the U.S. both political parties have held their national conventions in the past couple of weeks. The war between us was evident on the television screens in our homes as each party made arguments that not only sought to convince voters of the merits of their side, but also to further divide us from one another.

In the streets, online, and in our homes and workplaces, we hear and experience the tension that exists. Perhaps you can identify with the exiles’ experience of feeling adrift in malevolent waters, surrounded by sharks these days.

Into this reality, the LORD sends Jeremiah with a message to the Babylonian exiles, “keep your hope alive, it isn’t as bad as you might think or believe. Be thankful for what you have. You can handle this with God’s help. See the hope that exists for you in everyday activities. God is with you in and through all of this if you have the eyes of faith to see God at work. Don’t give up. This hope is real, if we but trust God.”

Finally, this letter delivers the most radical message at all from God: “Seek the welfare of the city where I have sent you into exile, and pray to the LORD on its behalf, for in its welfare you will find your welfare.”

The people of Israel had believed that they were God’s Chosen People, alone due the favor of God. They had believed they were special and deserving of special favor and blessings from God that no other nation was subject to.

In 1957 as the Civil Rights Era was heating up, Martin Luther King Jr. wrote an essay, “Loving Your Enemies”. King faced the reality of what living out God’s command to love one another truly means: “To our most bitter opponents we say: ‘We shall match your capacity to inflict suffering by our capacity to endure suffering. We shall meet your physical force with soul force,” he wrote.

“But be ye assured that we will wear you down by our capacity to suffer. One day we shall win freedom but not only for ourselves. We shall so appeal to your heart and conscience that we shall win you in the process and our victory will be a double victory.’

King Jr.’s words are of the type that have the power to unravel the case for bigotry and racism. His insistence on love being the proper and moral response to hatred can astound and silence the haters. King had Jesus’ own words to direct him in this, but I also suspect he knew Jeremiah’s words from verse 11 of this letter as well:

“I know the plans that I have for you,” declares the LORD. “Plans to prosper you and not to harm you. Plans to give you hope and a future.”

If we had but continued this morning’s reading from the prophet’s letter, all the way to verse 11, those words are what we would have read. They are hopeful words. They are words we could cling to. We like the sentiment they express. They are words we would be willing to cross-stitch on pillows or place in artwork we hang on our walls.

God has created individuals in every shape and size, of every ethnicity and color, of every religion and no religion, of every gender and of no particular gender, and God cares for all of it. God has compassion on the entire creation, so much so, that he sent Jesus who said, “love your enemies, pray for those who persecute you, bless those who curse you, bless and do not curse them” and, “love your enemies as yourself.” 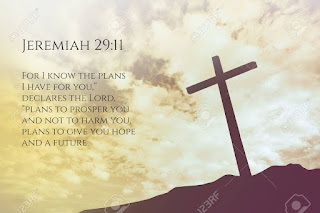 There is the saying, “we plan and God laughs.” We can laugh too, for God desires our joy, our peace, and the unraveling of the things that keep us from fully embracing his true character and love. When we least expect it, God upends our plans, our assumptions, and the limits of our dreams, and replaces them with hope everlasting.

Posted by Wading Through Grace at 3:46 PM