Testing and Passing - in the Grace of Jesus

Nearing the end of four or more years of seminary instruction, after internship and Clinical Pastoral Education are over, as a candidate for ordained ministry is just beginning to see the end of the tunnel, come two oral examinations that will ultimately decide his or her fate. The term “approval” is applied to each one, and indeed these “approvals” are the ones a candidate for ministry has been pursuing for so long.

Along the way to ordination there have been other trials to overcome – aside from learning biblical Greek and ancient Hebrew. There are tests a candidate must pass in order to pursue preparation for the ministry to which you are called.

There is an in-depth psychological exam with its own set of tests to endure; essays to write to candidacy committees, oral examinations at “entrance” – before you begin study, and again at endorsement – some time in your second year of study. There are a series of evaluations throughout your year-long internship. Finally come these two hurdles - faculty approval and candidacy approval. You must pass both in order to be recommended for ordination.

Following a positive recommendation from my faculty approval panel during my last year of seminary, I went before my candidacy committee, made up of my bishop, the bishop’s assistant relating to candidacy, a seminary professor and representative, and a mixture of lay and ordained members of the committee totaling 12 or 14 individuals. There is always one member of the committee – you are lucky if it is just one – who likes to ask the tough, tough questions you never saw coming.

After responding to the many questions of the candidacy during my approval interview, and conversing with members of the committee for about 45 minutes, and thinking my time with them was just about done, came the question from that member – I’ll call him “Chris”.

Chris is one of those highly intelligent, serious theologians who loves to test and try candidates to be sure they have the stuff it takes. He also happened to think seminaries were going too light on the deep theological training he felt pastors should receive and so his questions were often deeply theological and academic.

The gospel passage we just read was the focus of his question to me that day. I had several times referenced my belief in the enormous, overwhelming and undeserved store of grace and mercy, forgiveness and reconciliation that God pours out on us poor sinful slobs throughout my interview. Then Chris pointed out verse 30 of this passage and asked me to explain it in light of God’s mercy, grace, and love.

In that moment, I was pretty sure I would not be approved for ordination that day.

I can’t tell you what I answered. All I remember is my mouth going dry and my face going bright, bright red and sweat breaking out on my forehead and in other uncomfortable places throughout my body. I experienced a sudden inability to even feel my tongue. I am pretty sure I babbled.

All I know is that my response was either satisfactory or my better angels won out during the committee’s deliberations of my suitability for ministry, because I was approved for ordination that very day.

Perhaps you can understand, then, why I break out in a sweat whenever I read this passage that, the way we often read it, with the man allegorically being God and we being the slaves, doesn’t much reflect the merciful, graceful, and forgiving God that I love to talk about and tell you about week after week, in sermon after sermon. Because as we read this parable, this God is neither forgiving nor merciful, but rather is punitive and vengeful. That is not the God we know, but perhaps it is the God that deep down we all really fear.

However, what if we look at the parable in another and perhaps more faithful way?

Unlike other parables, Matthew does not begin by comparing this scene to the kingdom of heaven, nor does he make the opening character a king. He is just a man, an extraordinarily rich one at that.

We remember that a talent – one, single talent – was not a single coin, but more like a large hefty hunk of precious metal, usually gold or silver, that was quite heavy and weighty, with a value equal to about 20 years of an average man’s wages. It was far more than most people would ever hope to have pass through their hands in an entire lifetime. Yet the man is wealthy enough to give one of his slaves five talents, and another two talents, and yet another one talent.

In those days, agents of a wealthy man such as this would have been given the responsibility for managing all his properties, tenancies, and businesses, including the collecting of debts, during his sometimes long absences, with the expectation that he would not only multiply the holdings of the owner, but also, through adding fees here and there, would  make himself comfortable if not rich as well. Poor farmers would borrow money at exorbitant fees (60 – 200% interest was not unusual) and then, when and if they became unable to pay, the agent would strip the farmer of his land and add it to the holdings of the owners.

Managers, in this case the “slaves” would add a little here and a little more there to what all the tenants, renters, and debtors owed the man, impoverishing more than one person along the way with their corrupt but accepted practices. No one dared complain. Ancestral lands were lost in this way whenever drought, illness, pestilence or other misfortune kept them from paying up. Foreclosure stripped them of their inheritance and other property. In this way the wealthy elite were further enriched, and the unlucky farmers and landholders would become nothing more than landless day laborers with uncertain futures, struggling for their daily bread.

So, if we read the parable this way, if in fact it is one way it was meant to be read, and I think there is a strong argument to be made for this to be the case, then Jesus was not warning us about taking our God-given talents and in faith multiplying them. It is not simply a warning about what happens if we do not faithfully use our gifts to grow God’s kingdom, the way it is often read and preached (as I have in the past interpreted it as well).

That is what the third man did. Perhaps he could no longer stand taking part in the broken system by which the rich made even more profit on the backs of the poor. Perhaps he is the hero of the story, who speaks the terrifying truth to the powerful man and is thrust out into the darkness for his hutzpah. Perhaps the parable’s value is in telling the cold hard truth of what discipleship looks like and what it costs.

Perhaps this third man is Jesus, who turned the world upside down refusing to play the game, and pointing out the hypocrisy, the shame, the sinfulness and the darkness of playing by the world’s rules rather than God’s. Jesus so often spoke out against the systems that bankrupt, marginalize, impoverish, and strip people of every right and every good thing for the purpose of turning a profit.

This interpretation of the parable is certainly a faithful rendering of the gospel. For the reward of telling the truth, of speaking truth to power, of speaking out for the poor and the oppressed, the powerless and the destitute, Jesus was the one thrown into the outer darkness. Jesus our Lord was the one who bore the cross for the sinfulness of the world, he bore the weight of the sin of the world upon it, and he took the weight of all those talents to the hill upon which he was crucified.

Jesus died in order to shine a light on the corruption and sinfulness of the world and to offer a way to new life, a life of service rather than exploitation and love rather than oppression and manipulation. Jesus suffered torment rather than follow the way of the world that uses people up and then throws them away.

Jesus instead turned the world upside down; crucified, dying, and being buried like the talent hidden for the good of the world.

Jesus didn’t stop there though, did he? Because in Jesus we see the ultimate victory over sin and death in the resurrection story. We see that the way of the world does not win in the end. As Jesus rose from the dead, we see a love that reaches out to those who are weighed down, cast out, thrust aside, ignored, oppressed, and judged as worthless. It is love that offers new life. Love that we can choose to share, joy that we can spread, life that we can live all for the sake of Jesus.

That is the connection that I am pretty sure I missed on the day of my candidacy interview. Focused on the wealthy and powerful man, and the attractive opportunity to growth my talents in the love and mercy of God, I missed the story of how our Savior chose the way that cast him in the outer darkness, missed the part of the story that connected so well to his suffering and death, and therefore missed the connection to the glorious resurrection to come. 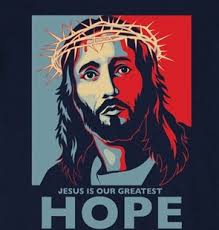 Let that be a lesson to us all. God comes to us in story that surprises, astounds, and takes our breath away. Praise be to God, forever and ever!

Posted by Wading Through Grace at 10:48 AM